Life as a TUFCAT used to be tough, but that was
two decades ago. Today they have won over the
hearts of students, staff and even some fierce
opponents of TNR

Global Cat Day, celebrated worldwide on October 16, was borne out of a need to rally for and strengthen support for humane policies to protect community cats. It’s a day to celebrate and spread the word that community cats have their rightful place on this planet and can coexist with humans in our living environments.

“The purpose of Global Cat Day is to strengthen support for humane policies that protect cats. October 16, we’re rallying people around the world to take our pledge to speak up for the cats in their communities and show kindness for all catkind.” Alley Cat Allies

Last year on Global Cat Day we shared stories about the community campus cats at the University of the Western Cape in Cape Town, South Africa. Mr. Spunky, in particular, had his heart healed by a litter of four kittens. I caught up with Dr. Sharyn Spicer, lecturer and founder of TUFCAT, The UWC Feral Cat Project, and I was pleased to hear of the many positive changes and major successes along their sometimes very tough journey.

TUFCAT has made great progress in getting their feral numbers reduced. When they started their TNR program in 1996 the number of cats were around 400 and more. Fast forward to today, 22 years later, they are at their lowest ever with 98 cats in total, ten of which still need to be trapped and sterilized.

They have hired a full-time assistant, Patrick, to trap and feed the colonies on campus as well as help rehome cats that are still being dumped on campus. Through growing awareness on campus of the significant role the cats play in rodent control and a better understanding of cats and their symbiotic relationship with humans, the cats are viewed more favorably by the students and staff alike, many of whom are involved in the program.

A huge stride forward is the full support of the adjacent Cape Flats Nature Reserve, who was at first avidly opposed to the idea of TNR, thinking the cats would prey on the small animals and birds if fed and allowed to stay. The nature reserve is inhabited by 82 bird species, the Cape chameleon and the rare brown spotted mouse. The TUFCAT program has proven that TNR works as predation had reduced significantly.

The early years after starting TUFCAT, were rather, well, tough! The university was not interested at first and students were terrified of the cats due to superstitious beliefs. Today these cats have a special status on campus and the university contributes to both sterilization and food costs, as well as contributing a small monthly fee for caring for the cats.

Changing perceptions about the cats

“I think what contributed to changed perceptions about the cats was the Green Campus award that UWC has received 3 times in 2012, 2014 and 2018 as the greenest university in Africa. The award was based on 6 green innovations, one of them being the use of feral cats rather than poison to control rodents. The “nuisance” factor is almost non-existent since TUFCAT staff are constantly trapping and feeding and responding to any cat-related calls on campus.” says Sharyn. Now that is something to purr about!

Other institutions across the country have been inspired by TUFCAT’s TNR model and have now also implemented TNR programs. So far, The University of the Witwatersrand, Cape Peninsula University of Technology (CPUT), Rhodes University, University of the Free State have all set up TNR programs since contacting TUFCAT. Even some major retail chains and Pollsmoor prison has hopped on board the TNR success train. Why? Because it works!

TUFCAT has realized a life-long dream and they have set up a Home for Life Sanctuary for all the unadoptable cats and ferals that had nowhere to go. Sharyn has also set up a Surviving Pet Programme for cats who outlive their owners. If their owners make provision for them and specify in their will, their cats can either be rehomed by them or come and live out their lives at the Home for Life Sanctuary.

Meet some of the TUFCATS

Gatto is a gorgeous fluffy ginger boy who lives at the Basil February residence at the UWC campus and is much loved by the staff and students.

Pietie is also a UWC cat that lives at the Technical Services workshop where he is loved and spoilt and spends his days supervising his “staff” from his mound of paperwork on the office desk. Pietie has been living on the campus since 2008 when he was dumped on campus.

Do you remember our 2018 Calendar Cover Boy?

Mr Spunky is still happy and thriving as the TUFCAT Home for Life Sanctuary mascot. If you are familiar with our 2018 calendar you will recognize this handsome orange and white lad that survived a tough life out on the streets and being ‘rescued’ by a littler of kittens. He no longer hangs around with his ‘kittens’ all the time but spends his time patrolling the fence that separates the cats from the dogs. He is known to attack the fence to chase them away. Mr. Spunky is obsessed with chicken necks and will wait patiently for his share.

Big Ben was left behind by his family at a farmhouse when they moved. Now a permanent resident at the TUFCAT Sanctuary, all Big Ben wants is a quiet life with a safe space to call his own. He keeps to himself and does not bother too much with the other cats but this gentle giant is no pushover either and knows what he wants. That includes his daily routine of staring out the window for hours and begging humans for a bowl of milk. He doesn’t care it’s bad for him and few humans can resist.

Another new resident has joined the TUFCAT Home For Life Sanctuary. Saartjie, an old battered female ginger who belonged to a feral colony on a farm.  She is has led a really rough life but has now established her little safe space for herself in the feeding and storage room alongside some other semi-feral cats. Despite having lived with ferals and on the streets her whole life, she does occasionally accept human cuddles and will show her appreciation by purring.

TUFCAT has recently launched a Cat Sponsorship programme and for a mere R100 per month ($7 USD) people can virtually adopt and sponsor a cat. They will keep you updated about your cat and you are welcome to visit.

In a few weeks, we will be launching our new 2019 calendar for sale and will be donating all proceeds to TUFCAT to help feed, trap and care for the community cats and other animals in their care. I am also so excited to be visiting the university campus again and the TUFCAT Home For Life Sanctuary in January next year. Not only will I be catching up with my old boys Chong and Skeeltjies and meeting Mr. Spunky for the first time, but I will be enjoying an extra bonus Summer in the Southern Hemisphere! Lots of cats, lots of sun and beaches in between!

Follow TUFCAT on Facebook to stay updated on their latest TNR missions. All photos courtesy of TUFCAT

For more inspiring ways to your cat’s heart, join our newsletter to stay updated on catnip chirps, enrichment ideas, reviews and giveaways! 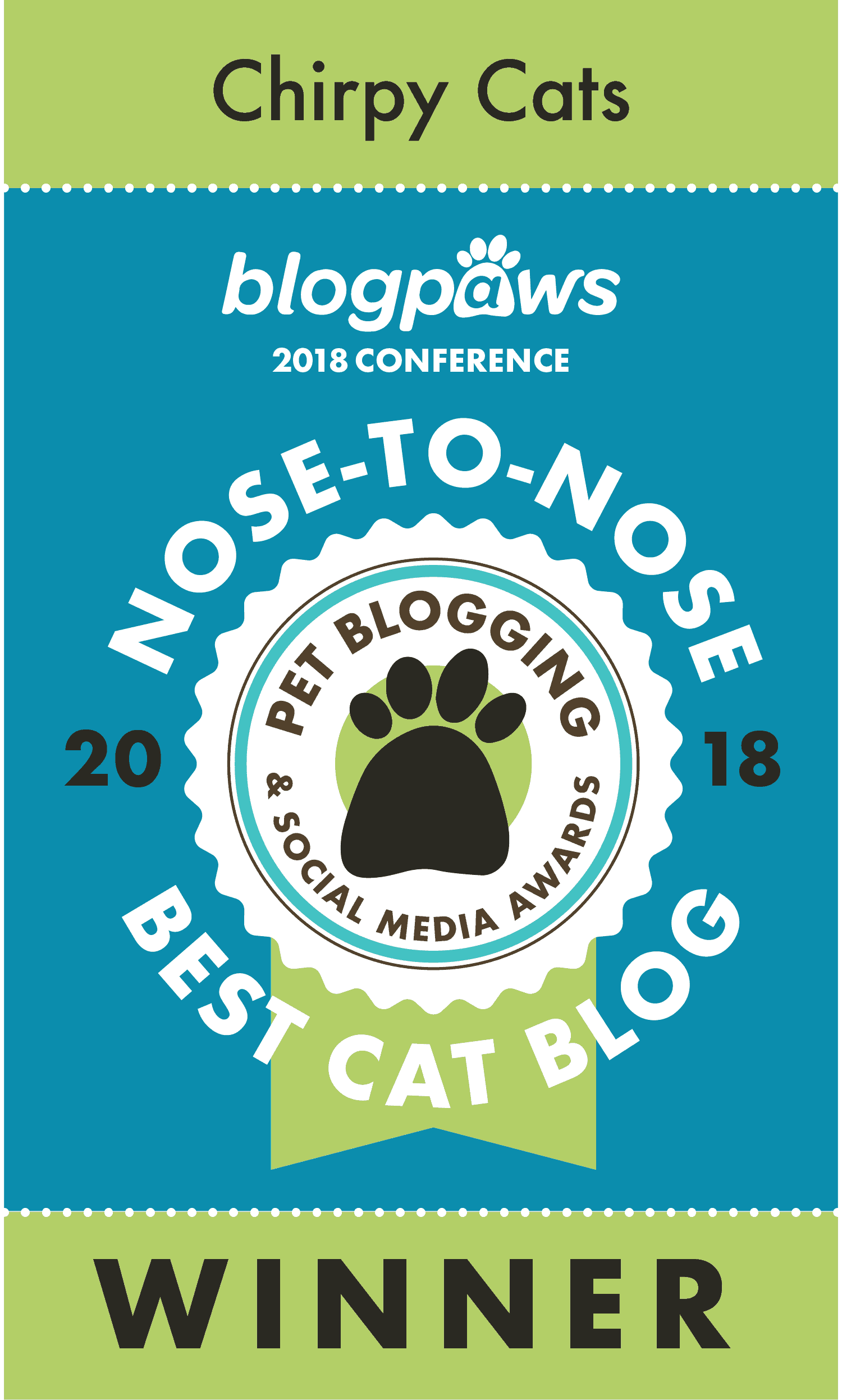 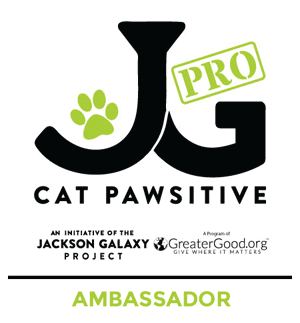 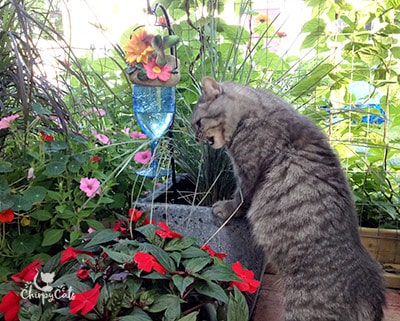 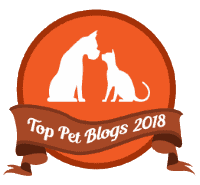 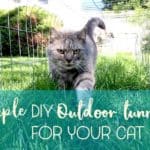 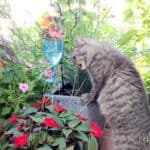